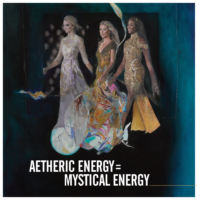 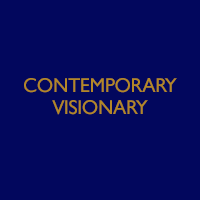 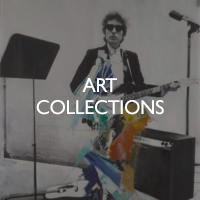 Degard says “It all started when I ‘saw’ a blue square around the chest of a man who I discovered had just had triple by-pass surgery. I suddenly understood what these flashes of light were; they were his Aura, his conscious energy. The square indicated surgical human impact, the colour blue- healing – I could see the experience of the whole operation in his energies.”

Degard RCA, FRSA is a pioneering British ‘Painter of Auras ‘and founder of the genre Contemporary Visionary. Degard runs the Visionary Brit Museum in a heritage Red telephone box outside the British Museum and is the first gallery to only represent visionary ideas, art and science. Degard is doing a doctorate in Fine Art questioning how the visionary can be represented in art. Degard has exhibited extensively, with solo shows in 2020, The Power of Things at The Royal College of Art and The Power within People at the Museum Al Zubair, Oman. Degard is represented by Laura I Gallery, London.

Degard has hosted talks on Art, at the Royal Society of Arts where she is a Fellow and The Royal College of Art. She is working alongside Anxiety UK to bring art into mental health. Degard also works alongside The Astropolitics Institute. She has written four books, is a committee member of The Colour Group, and a fellow of The Galileo Commission for the Scientific and Medical Network. Degard is completing her doctorate in Fine Art in London.

Degard’s work joins a long history into the study of consciousness, perception and cognition studies with her visionary experiences; as exemplified by Susan Hiller to Kandinsky, Hilma af Klimt to William Blake. Degard’s work takes this mystical, modern, yet socio- political genre into a contemporary context.

Molly Hackney, writer of The Medium’s Medium exhibited at Frieze London 2019, says of Degard’s latest exhibition The Power of Things, Drip : Still Lifes ‘The canvases at Drip enchant the viewer with this glimpse into spirit connection. It is her choice of objects that give this exhibition such magnetism.’

Degard graduated from the Royal College of Art. She received awards from the Alan Davie Foundation and The Lookout, Aldeburgh.